Our earth has seen the emergence and extinction of a varied number of species. This is not less than a miracle that Mother Nature has given us the privilege to experience the beauty in various forms. In this context, it becomes necessary to recall about the mammoth that existed about 4500 years ago.

The scientists claim that these massive creatures of the prehistoric era could roam around the world again. The scientists were continuously trying to explore the genes of various large mammals to retain some of the lost species of this world. The project for collecting the suitable gene for the formation of a mammoth was started in the year 2015. As of now, the scientists are successful in switching almost 45 sections of DNA since the project began.

The scientists and researchers at Harvard University have revealed the fact that shortly they may create an embryo of hybrid species that will resemble the hairy beasts from past. According to the reports, this hybrid organism will have characteristics of mammoth such as long hair, thick layers of fat or blubber, and they will be cold blooded as well.

The scientists are planning to give an appropriate environment for supporting the growth of these species with the help of an artificial womb. Initially, they had planned to use the female elephant as the surrogate mother. But, they had to drop the idea because many robust and potent species of elephants are already under threat. They do not want to increase the risk of their extinction by doing such experiments with their body.

The scientists are using gene editing technique which is called as CRISPR to bring back this disappeared wonder of nature. Using this method, they can successfully cut and paste the DNA taken from frozen mammoth specimens into the stem cells of an elephant. Ultimately, they aim to produce a hybrid embryo of the mammoth as well as the elephant.

The professors have already stated that they have identified the areas of DNA which affect the ear, size, amount of fats, hair, and blood. They will develop the nucleus of mammoth through genetic engineering and will place it into the cells of elephant by replacing its original nuclei. Cloning tools will be used to increase the number of cells if the experiment proves to be successful.

It is amazing to see the efforts of scientists to bring back the prized possessions of nature and give us the privilege to experience the beauty of it. 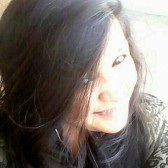