San Diego, March 10, 2017: Businesses are often facing the decision of whether to settle a case or go to trial. It is an expensive and difficult position to be in, but one that has to be strategically determined.  In this article, Steven Riznyk, a high-level negotiator and CEO of San Diego Biz Law will help you understand when you can settle and when you should go to trial on a case.

Litigation can be worse than a disease. It consumes the mind, it takes a company away from its core competence, and is extremely draining on resources, states Steven Riznyk. I am not a fan of litigation, states Mr Riznyk, but there are just times that you cannot reason with the other side. Having spent most of his life as a negotiator, he prefers to resolve cases rather than fight them. Having represented politicians, movie producers, actors, and many others, in kidnappings, blackmail, extortion, marital disputes, and complex business deals, he has enjoyed resolving issues where possible. Lately, he states, there have seemed to be more and more cases where the opponent is so narcissistic that if you showed them a cat, they would swear its a dog. Our society has taken on a new direction that has not been as visible in the past. Regrettably, television has not helped much. Reality shows do very well when there is controversy. In many shows you will see someone swear to the truth being x, despite video cameras demonstrating the situation to be Y. With the adults being that way and raising children, the fruit does not fall far from the tree. If you dont think its the case, try to recall the last person you met who was never wrong, and everything was your fault; this is the scenario.

In deciding whether to go to trial, there are a number of criteria that must be examined simultaneously. First there are the costs. Second, the resources, the irreplaceable time to be expended. Third, the distraction from the companys core competence.  Fourth, the publicity that may ensue, as these are public records. Fifth, and by no means last, is the exposure. There is no such thing as a sure thing, as they stated in Wall Street, and anyone can lose or incur costs.

In litigation, if you have hired a good law firm that is strategic in nature, after the discovery phase (where you discover evidence from the other side and from other witnesses) you will have a good idea of what the strengths, weaknesses, opportunities, and threats are (no different than a SWOT analysis in a business plan). Even if you have a strong case, there are always risks. Additionally, there is the negativity of the case. There are choices to be made.

One choice that I like, states Steven Riznyk, is judicial settlement conference. In this case, you are dealing with a judge who can perhaps help you show the other side that they are not as right as they think they are. It is not as expensive as mediation, in that you do not have to spend money other than having your supporting brief created. This can be a great solution if you have the right litigator who can write a persuasive brief that will take your case to where it needs to be. Another choice is mediation. Not a great fan of it, states Steven Riznyk, because if you try to meet in the middle, no one wins, you have two losers. However, states Mr. Riznyk, the one great advantage to it is that the mediator is able to demonstrate to each side the weaknesses of their case, and it may take a party from not willing to settle at all to a position of settlement. Sometimes it takes that voice of a neutral third party that explains the reality as they see it. Another choice is negotiation. The way to define negotiation is where there is a non-negotiable. If someone is destroying someone elses reputation, for example, the non-negotiable is that they can no longer continue and must restore the status quo.

If, having considered all of these options, the party does not believe they have any culpability, the only solution is litigation. Some people are so hard-headed that unless they are hit with a sledgehammer in the forehead or a tomahawk in the office, figuratively speaking, states Mr Riznyk, they simply will not listen to reason of any kind. In this case, a strategic litigation is all that will work, lest we all become cave people and club each other. I have had clients, states Riznyk, who, when confronted in deposition or trial with a fact, will actually change the circumstances and create a non-existent third party who is responsible, simply because they are not of a mind-frame wherein they can accept responsibility for their own actions. I have been absolutely dumbfounded by the actions of the human ego, states Mr Riznyk. I have been in situations where I have witnessed actions with my own eyes and had people absolutely deny they had any part of it, despite being the only person in a building at the time.

We are in a new world. The new world, actually, is more like the old world, states Mr Riznyk. For a while there we were developing civility, but today, more than ever, people are always right. Television isn’t helping, and the fact that many people are rewarded for their narcissism in the sense that other people simply don’t want to mess with them and so they get away with whatever they want. Additionally, we have social media sites where we can write whatever we want about someone else. It doesn’t have to be true, yet the perpetrators will find many people who support them, and then the lie becomes real. The person believes it. I have had, states Mr Riznyk, more cases involving reputation management lately than I have witnessed in my entire career. Its a new world, with new rules. We hope this guidance helps you through the minefield!

Steven Riznyk is a high-level negotiator and litigation strategist. An author in the field of complex negotiations, he is often hired to resolve the unsolvable. As a litigator and negotiator, he brings a unique set of skills to the resolution of complex business and personal problems, and travels worldwide to do so. He can be reached at (619) 793-4827 or stevenriznyk on Skype. http://www.sandiegobizlaw.com 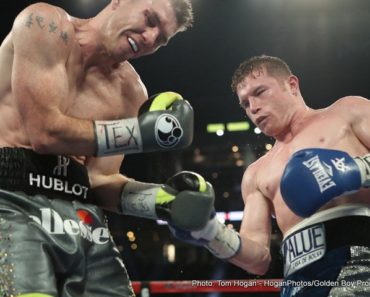 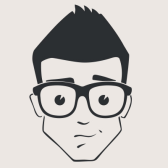